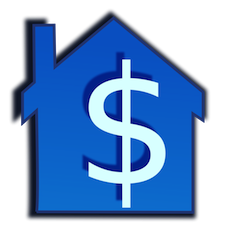 Back in 2007, I was still a relatively new Realtor and didn't really pay too much attention to the market stats. After the crash, I went back and analyzed what happened in our market and was amazed to see that the writing was on the wall that prices would start to fall as early as the middle of 2007. Despite this, prices continued to rise through most of 2008 in Glenwood Springs!

For me, this was lesson learned, and I vowed to watch market statistics like a hawk from then on.

It does indeed all come back to supply and demand. Over the last couple of years, the supply in our local market ( typically quoted in months) came down from highs of around 48 months or more in some markets at the depth of the recession, to lows of around 2­3 months in many towns last year. As a point of reference, a balanced market is considered to have around 6 months supply.

When supply is higher than 6 months, prices may fall and when there is less than 6 months supply, prices are likely to rise. When supply was at its peak, prices fell precipitously..as much as 70% in some areas. Once supply disappeared, prices roared back (this is what happened particularly in 2013).

Well, the question is where do we stand today? From Rifle to Basalt, since January / February this year, supply has finally started to increase again, doubling in some areas such as New Castle and Carbondale. The good news is that the range still falls between 5­10 months supply which is generally viewed as healthy. However, as we go past the 6 month market, economics suggests that there will no longer be upward pressure on prices, and I suspect that this is telling us that prices in our market have found their level.

So what does all this mean for potential buyers and sellers? Well, for buyers it may take away some of the concern that if they don't buy today, prices will run away from them. Meanwhile, many sellers are waiting for prices to continue to rise. For them, if they are wanting to sell now, the extra wait may not be worth it.

And for those of us who own homes and have no plans to sell in the near future, all of this really doesn't matter at all. Just like a stocks, the only day the value really matters is the day we sell and all the ups and down in between are irrelevant!